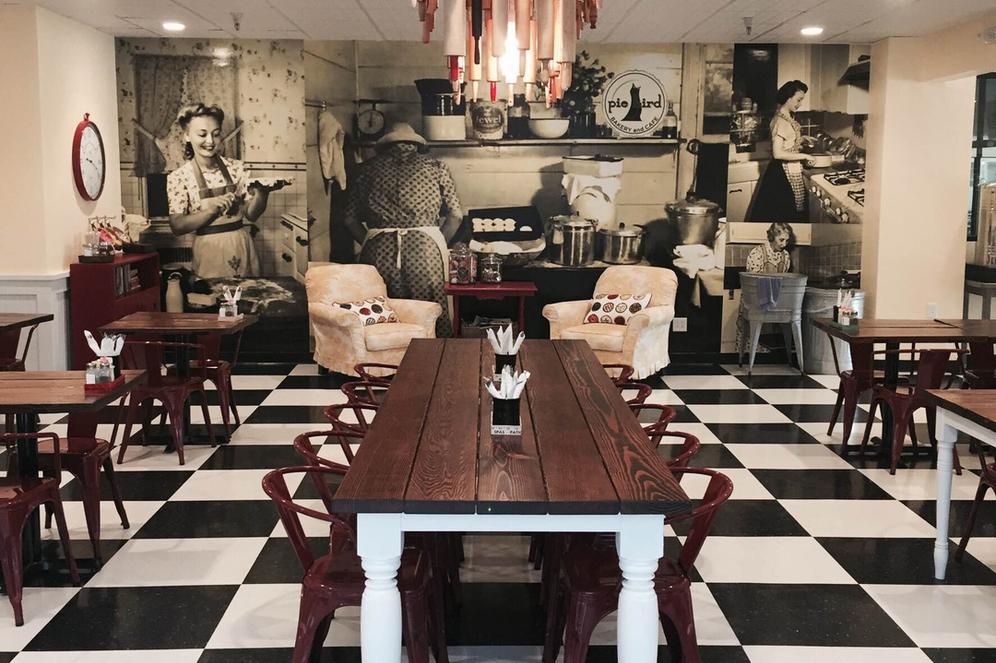 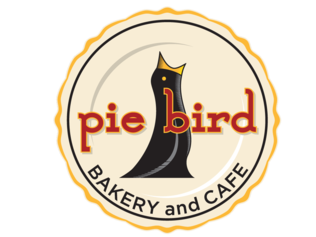 Located on the ground floor of the iconic Transamerica Building in the heart of downtown Tucson.

Open Monday-Friday 8am to 3pm serving breakfast and lunch.

HISTORY OF THE PIE BIRD

The pie bird is a hollow ceramic device which originated in Victorian Europe as a funnel-shaped chimney used for supporting and venting a pie.  They were used to prevent pie filling from boiling up and leaking through the crust by allowing steam to escape.  The traditional inverted funnels, with arches on the bottom to allow the steam to enter were followed by ceramic birds, and since the 1940s they have been produced in a multitude of designs.  This trend has been particularly noticeable in recent times due to their increasing popularity as gifts and collectors' items, rather than a utilitarian kitchen tool.  The nursery rhyme, "Sing a Song of Sixpence," makes reference to "four and twenty blackbirds baked in a pie," but it is uncertain whether this inspired the evolution of the funnels into birds.